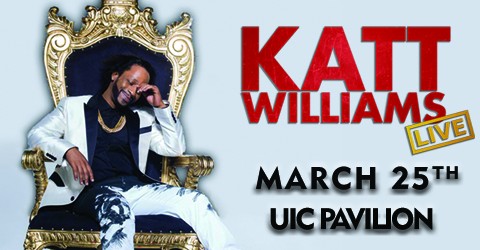 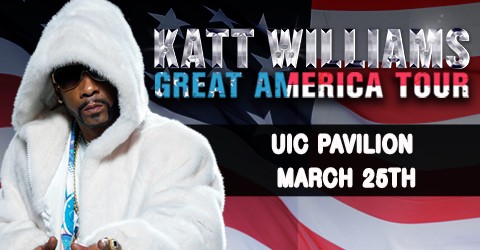 Katt Williams is back at the UIC Pavilion!

Legendary stand-up comedian Katt Williams has developed a career seeded with thousands of stage shows in sold-out arenas, a laundry list of starring roles on the small screen and memorable performances in major box office hits. He has earned fans through his many hilarious stand-up specials including The Pimp Chronicles, It’s Pimpin’ Pimpin’, American Hustle and Priceless: Afterlife and as a featured cast member on MTV’s improve show Wild n Out. He can next be seen on the big screen in the Owen Wilson film “Bastards” coming to theaters in January.

Tickets go on sale 11/18 at 10am, available through our Box Office or Ticketmaster.